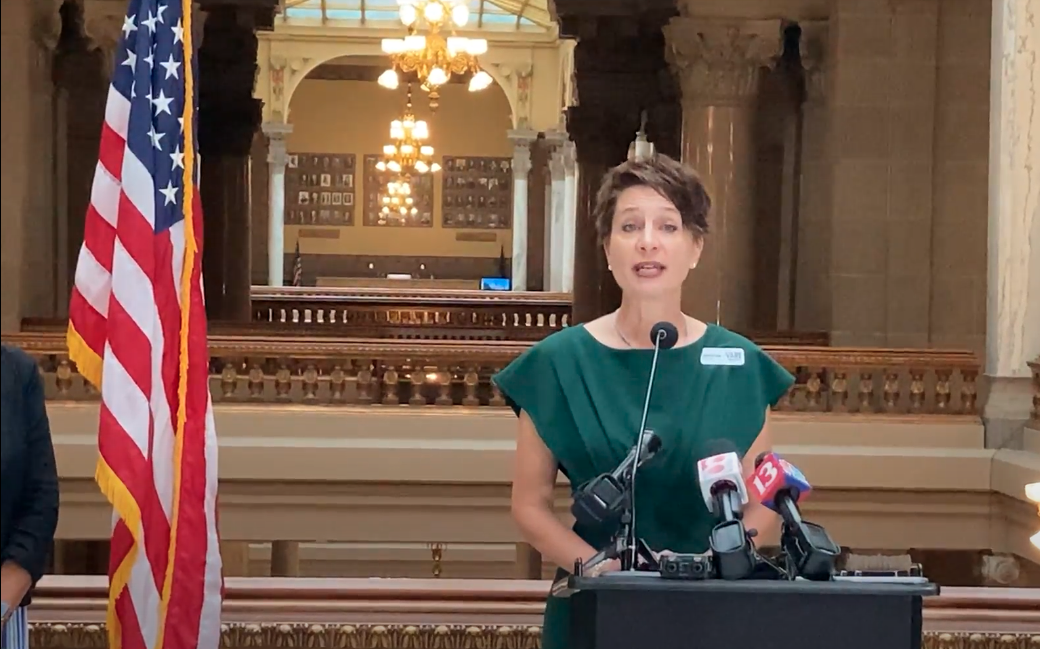 My remarks about the new abortion ban and why the November 8th election is so important:

Hello, my name is Jocelyn Vare. I am an at-large member of the City Council in Fishers.

I am the first Democrat elected by the city of Fishers a few years ago.

Now I am running for State Senate. District 31 is all of Fishers, Geist and parts of NE Indianapolis and Noblesville.

I serve them. I listen to them. Every voice. Every vote.

In this house, a Supermajority rules Indiana. Therefore, they are solely responsible for all bad legislation that is concocted here. Hoosiers, we are here today because we are dismayed by the Supermajority’s new abortion ban that controls and humiliates the women in our state.

When the Supreme Court bestowed this house with a new authority over women, the Supermajority had a choice to make. They could have been disciplined, respectful of the power they’d been gifted, taken time to consider, listen and learn.

Now Hoosiers have a choice. Election Day is less than 3 months away.
Here’s the thing about Supermajorities, they are temporary. Every voice. Every vote.

Hoosiers, let me tell you about your choices now. You can give up and check out. You can leave the state. You can ignore your chance to use your voice. But what I have heard from you in the past 3 days, that’s not what you are going to do. You are going to stay and fight and vote on November 8th. Every voice. Every vote.

My fellow Hoosiers, my fellow Hoosier women, I will listen to you and serve you in the people’s house. As a State Senator, I will work to repeal this harmful abortion ban. I will fight to reclaim women’s reproductive rights in Indiana. Our state’s current abortion law allows abortion up to 20 weeks. I will fight to return this law to Hoosier women. I trust and support women to make choices for themselves. Nothing less will do.

My name is Jocelyn Vare. I’m running to represent every voice. I am running to earn every vote.